The Sriwijaya Air SJ182 plane crashed in the waters of the Thousand Islands (Pulau Seribu), North Jakarta, around 60 feared dead

The plane that took off from Soekarno-Hatta Airport lost contact around the waters of the Thousand Islands, North Jakarta.

“The flight number is SJY182, the registration number is PK-CLC,” he continued. 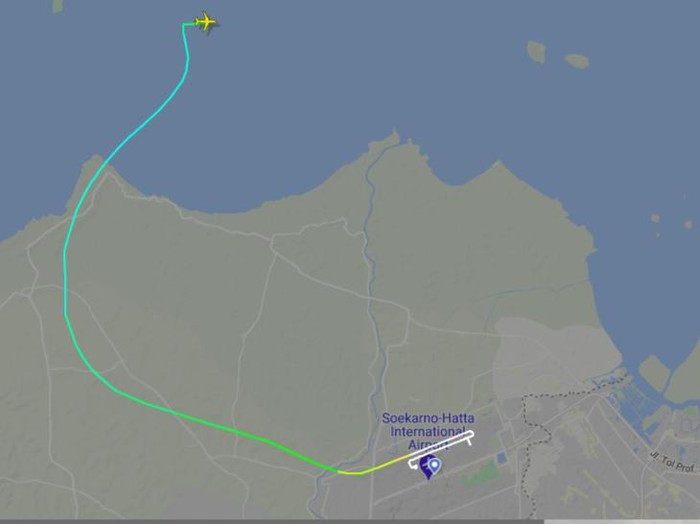 From the path shown, the aircraft flew west, then north. Observed, the last aircraft was above the Java Sea, precisely on the north side of Java Island.

Meanwhile, the Minister of Transportation, Budi Karya Sumadi, said there were 50 passengers and 12 crew members who were reportedly on the plane. Until now it is not clear about the news of the passengers on the plane.

“The total number of passengers is 50 people with 12 crews, consisting of 40 adults, 7 children and 3 babies,” said Budi Karya.

The Sriwijaya Air SJ 182 aircraft was informed about taking off from Soekarno-Hatta Airport on Saturday (9/1/2021), at around 14:36 ​​WIB. From the path information provided by FlightRadar 24, the plane flew west, then north.

Then it was observed that the last plane was above the Java Sea, precisely on the north side of Java Island.

Currently, the Ministry of Transportation also reports that the Sriwijaya Air aircraft target is not moving towards 0.75 degrees, but towards the Northwest. Currently ATC is asked to report the direction of the aircraft.

However, within seconds, the SJ 182 plane disappeared from radar.

Not only that, the FlightRadar24 website said the plane also lost 10 thousand feet in 1 minute after four minutes of flying.

The FlightRadar24 website says the plane lost 10,000 feet in 1 minute.

“Sriwijaya Air flight # SJ182 lost altitude of more than 10 thousand feet in 1 minute, about 4 minutes after departure from Jakarta,” wrote FlightRadar24 in his twitter account, Saturday (9/1/2021)