The story of this man who lived in the Airport is rather Melancholic yet quite and was a centre of Popularity as well as it was made into Hollywood Movies.

Landing in an airport can be a rather joyous event. Finally, you have arrived at your destination or you are waiting for a connecting flight. Sometimes there can be a delay between flights. In this case, Iranian born Mehran Karimi Nasseri had to wait 18 years to board his next Flight a couple of times back and forth to UK and rejected at its Borders and back at France again. Mehran Karimi Nasseri, also known as sir Alfred Mehran got himself in quite a big pickle in this story of hope, frustration, friendship, and way too many McDonald’s burgers.

Sir Mehran was born in 1942 in Iran and grew up in fairly good conditions, as his father was a doctor who worked for an oil company. Mehran who was previously disavowed by his family, expresses that his mother was a nurse from Scotland, working in a similar area to his Father death in 1973, at the age of 31, Moran arrived in the United Kingdom to study a three year course in Yugoslav Studies at the University of Bradford when he was 27.

Mehran protested against the monarchy in Iran, which was eventually toppled. The theory said he was expelled from Iran in 1977. For protests against the Shah, Mohammed Reza Pahlavi was the last Shah of Iran, overthrown in 1979.

He was expelled from the country and his This is his residentship was revoked. He was eventually awarded refugee status at the United high Nations High Commissioner for Refugees in Belgium.

When Mehran citizenship was revoked, he was stateless. About one in 750 people globally are stateless, which is a very frightening statistic. What it means is that they are not citizens of any country. When this happens, many inconveniences occur.

You cannot get social benefits and travel becomes an obvious problem. There are many ways to become stateless. What a major one is plotting to overthrow the government of a country, like Alfred allegedly did. The lady bringing up Mehran Nasseri, all his life was not in fact, his real mother. 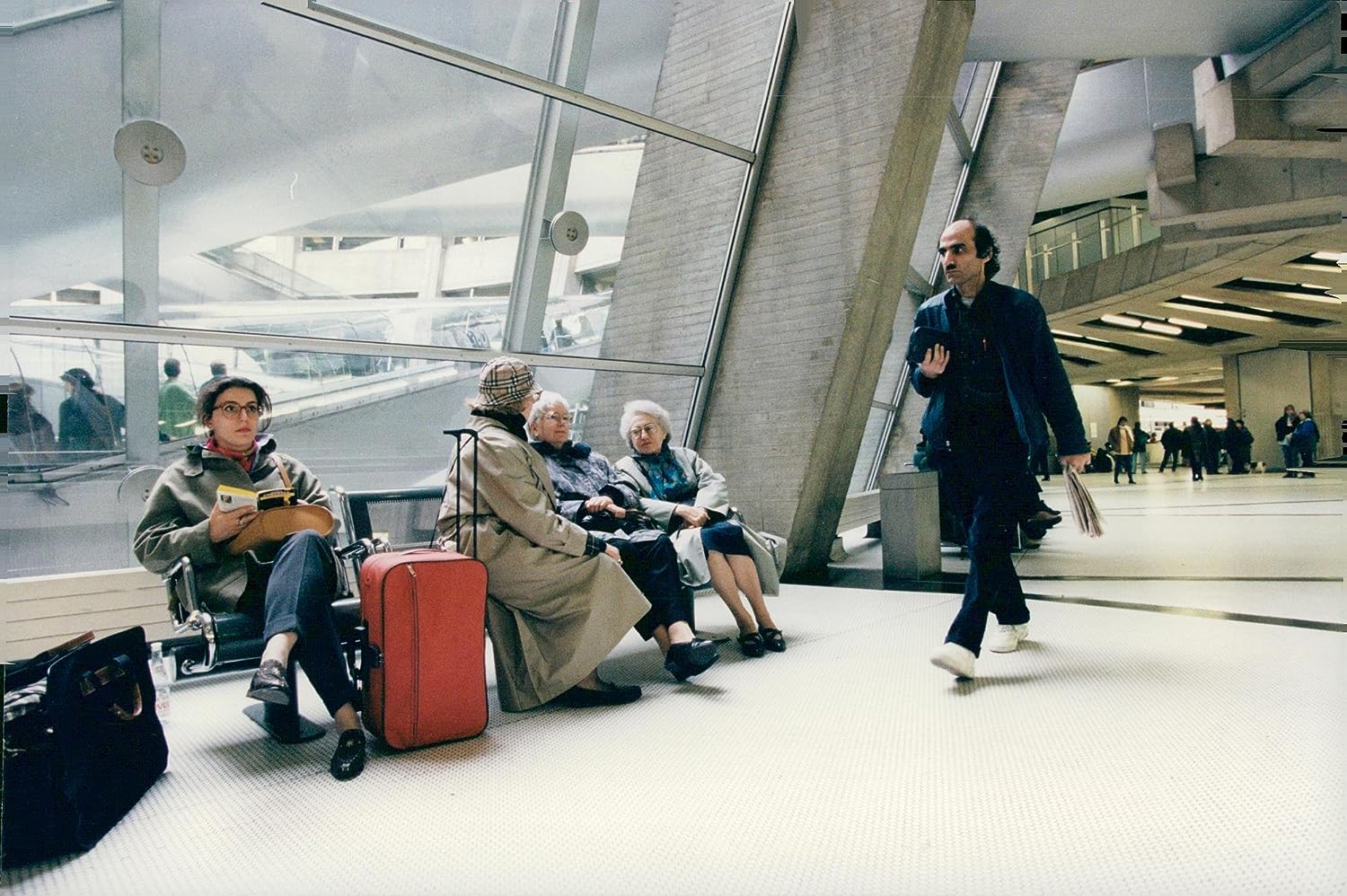 As stated earlier, his mother was a Scottish nurse. He only found out this information after his father died. Things were complicated due to this. Firstly, Alfred would be illegible for British citizenship. This would be a wonderful benefit what Alfred was not able to under Iran law to inherit his father’s inheritance. That’s it. As a stateless person, sir Alfred wanted to make his way to London to apply for British citizenship.

But this was at the foot because he lost his refugee papers. He expressed that they were stolen, while other people believe he got rid of them. Nobody knows the actual truth. Now things become sticky. As Mehran makes his plan to board different planes to get on with his life and to make progress. Sir Alfred left Belgium arrived in Paris De Gaulle Airport.

He then somehow as if it was a miracle, boarded a plane and landed in London. It should be noted that this shouldn’t have happened. Because as most of us know, in order to fly internationally, we require a few things. To begin, you need a valid passport and visa. And obviously, sir Alfred did not.

It was obviously a big airline mistake. These days, airlines will get a fine of almost three $1,500 for each passenger, they fly without a valid passport or visa and have to fly the passenger back to their origin free of charge. Upon arrival in the UK, sir Alfred was sent back as he did not have a passport to get in.

He was sent right back to Paris De Gaulle Airport Terminal one. Now for the exact same reason that sir Alfred couldn’t enter the UK, he also could not enter France. Normally, in a case like this, the person would be sent back to their home country where they could in an emergency, enter without a passport. But sir Alfred had no home country. So he couldn’t leave France either. He was honestly stuck in Paris De Gaulle Airport Terminal one.

Soon after, he was placed in a jail in the terminal for a brief period, and then made a bright red bench inside the airport, his home, that’s where he lived for the next 18 years. N

o, if you are going to be stuck anywhere for 18 years, things could be worse than a fancy airport in France. In the airport, he had a bathroom, places to eat, which came free of charge. Of course, there were attempts to get sir Alfred out of the airport, by getting the refugee papers he needed. But the problem was that in order to do so, he would have to go to Belgium, which he could not go, it was a real catch 22. When that man will come with official documents, then we will accept, which is problem to solve.

It’s important to know that sir Alfred was in the public area of terminal one during his stay, but it would have been completely illegal to step even one two outside the doorways of terminal one, even if there was nothing physically stopping him. Eventually, after around 10 years, both France and Belgium offered him residency once he refused to sign the papers that would finalise this as it listed him as Iranian. He was vehemently against the Iranian government, so he would not hear of it. It is very possible that this state of Sir Alfred’s mental state deteriorated once he actually grew fond of his school, and made friends there. 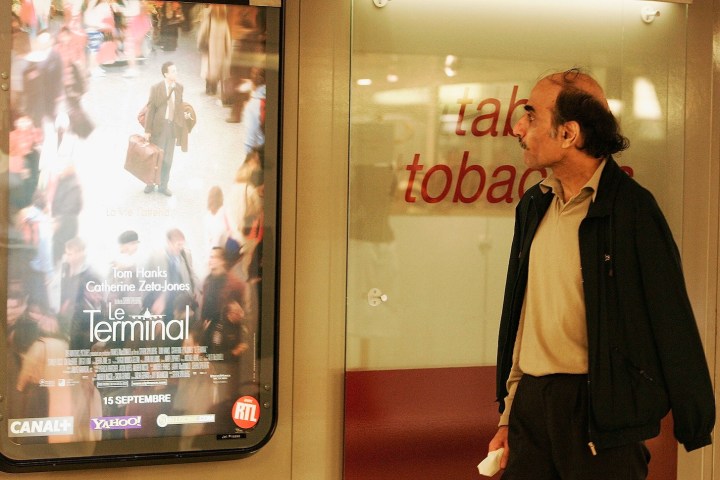 Luckily, sir, Alfred had savings for the majority of his early years, relied on the bank in the airport, and the occasional cash that strangers in the airport would give or send him. In my experience, life here in the shelter cooler for the bad. I tried to have a nice day and every day. But as I’m thinking, and every day, I tell them my future in my past, then I could write my story. This is the live for about eight years, nine years. This was an airport after all, and there was a post office too.

There were so many options of things to do in the airport. There were books to read, and different things to buy. And at least he wasn’t left stranded on an island. There were people to socialise with. Now remember that sir Alfred came from a well to do educated family, and was an intelligent man himself.

In 2004, while still in the airport, he published his autobiography called terminal man, by Sir Alfred Mihren. It was co written with British author Andrew dunking and reviewed in the Sunday Times as being profoundly disturbing and brilliant. This was a brilliant move on his behalf. And opened his unbelievable story to the world. After all, his story was completely unique. Many people would have lost their minds in his situation. Although this book made him some money, DreamWorks pitcher paid him $250,000 as they were making the film, the terminal with Tom Hanks and Catherine Zeta Jones.

The movie was directed by Steven Spielberg, but it was not purely based on the life of Alfred Mihren, rather, it was loosely inspired. So the payment nuts a big amount for a huge movie production house like DreamWorks Pictures was mostly legal cover to make sure that later, sir Alfred wouldn’t suit. There were interviews obviously Around this time, and sir Alfred had expressed that he was getting out within weeks, but eventually, his departure did not call by choice. In 2006, he was hospitalised for six months with medical issues.

Towards the end of January 2007. He left the hospital and was taken care of by the airports branch of the French Red Cross. On sixth March 2007, he was transferred to a mosque charity reception centre in Paris 20th arrondissement, which is an administrative day since 2008, he has continued to live in a hopeless Paris shelter. No doubt is like it’s very different now. And he probably misses all the friends he made at the airport during those many years of entrapment. I’m doing something for myself. Loneliness not too happy. I hope the result will be happy.

Also Read: Places that are Surprisingly Interesting for Funny Reasons